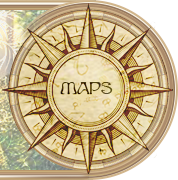 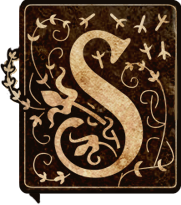 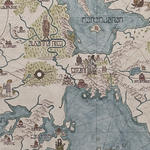 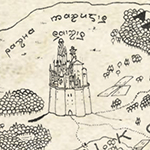 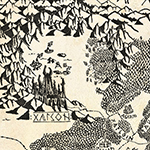 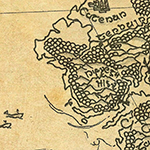 The Uruloka is the vast world that spreads from the shores of the Ocean of Dreams which consists of liquid bodies of dissolved sailors who forgot their port and never returned home. Uruloka extends over windy plains and cities where houses are the wishes of citizens turned to stone, over deep ravines haunted by the spirits of the suicides soaring above in the form of vultures, to the humming woods hiding coy antlered deities – all that is what is called the Uruloka.

It is woven from a yarn far softer than the one of which Grand and its lesser neighbours are made. For a long-distance runner, the Uruloka is without end, but an experienced traveller or a wise Pilgrim know how to find its edge and how to cross it. No one can work out a map of this vast land as it would only be valid for the author himself and only for a very short period of time – until he would learn more of the world than he had known in the moment of drawing it.

Yet, the land is geographically arranged – it has its North, South, East and West; it has its Ocean and its Mountains, its enigmatic Middle, its City and its Forest. Even here, the powerful play their games, though on a much different scale than in Grand: far fewer armies are moved around, heroes wander in lands of dreams and visions, taking on shapes of spirits and animals, getting lost in colourful woods, tangled in enchantments even the boldest of mages in Grand wouldn’t dare believe.

If you ask me for the connection between Grand and the Uruloka, I will tell you, but I will answer like a Pilgrim, indirectly, though for some of you who already possess certain knowledge about these matters, even this information will be far too clear. Where Grand is Noon without shadow, the Uruloka is Twilight and Dawn full of apparitions and permeation of the worlds. Where Grand is a firm rock amidst the raging elements, the Uruloka is fluid life of magnetic nature that let itself be shaped by the power of thought. The Uruloka is Exile, Grand is Threshold, the Citadel is Home. 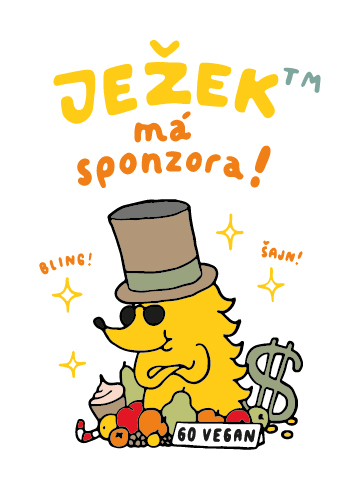